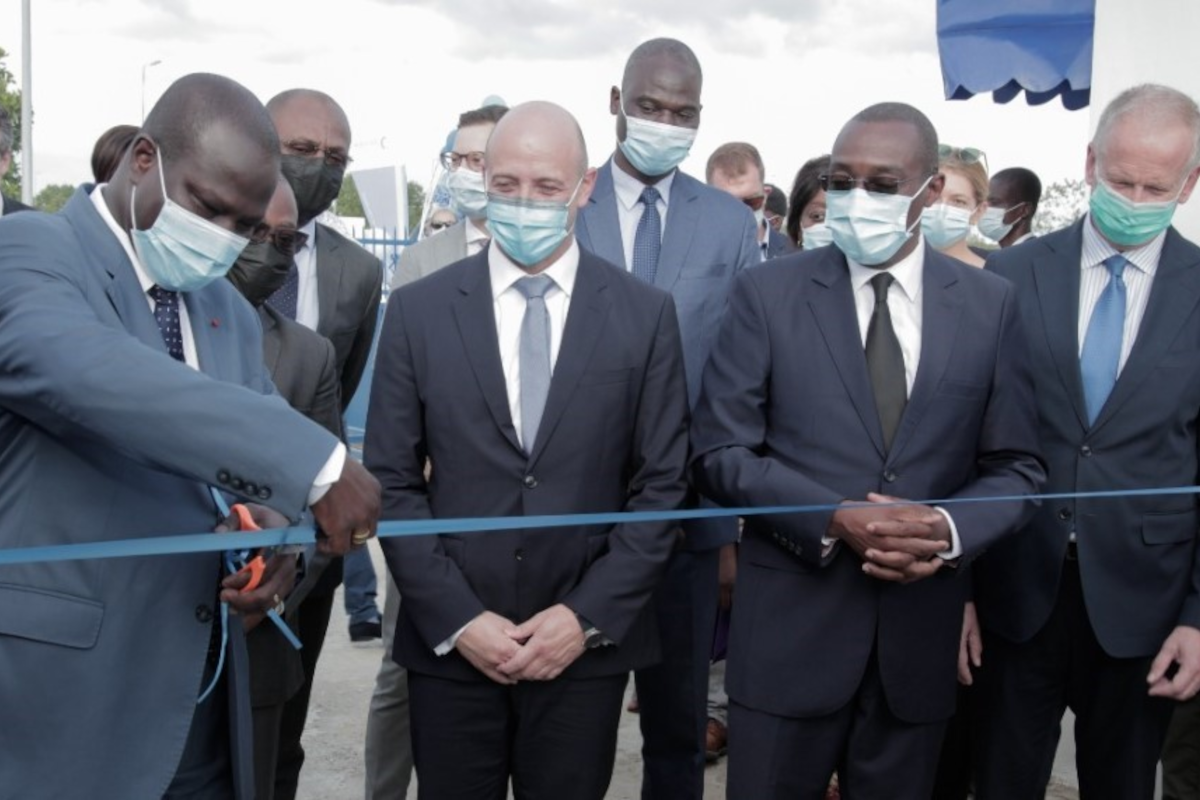 Das Labor.GmbH started the local production of COVID-19 rapid antigen tests in August, after receiving the official authorization by the Ivorian authorities on 13 August. In the first three weeks of operations 50 000 rapid tests were produced.

The tests were developed and certified in Germany, but are produced in Africa, in Grand-Bassam, 30 km east of Abidjan (Ivory Coast). In this way, Das Labor. is responding to the great need in the African country with an offer that is essential in order to be able to counteract the pandemic and complement PCR-testing.

„This project is a great example of the power of public-private approaches championed by the German development cooperation”, explains Ingo Herbert, the German ambassador to Cote d’Ivoire. “The German private company das Labor., and their partners Senova and Knauer are demonstrating that the German Mittelstand can implement innovative projects together with African partners on the ground. The company Knauer was even visited this morning by chancellor Angela Merkel at their headquarters in Germany to showcase their operations during the Covid-19 crisis.”

The local production facility was built and set up as part of a development partnership with the Deutsche Gesellschaft für Internationale Zusammenarbeit (GIZ) GmbH, with the aim to achieve a production capacity of 5,000 to 15,000 tests per day. GIZ and Das Labor. are working together through develoPPP, a funding programme for sustainable company initiatives of the German Federal Ministry for Economic Cooperation and Development (BMZ). Within the framework of this project, Das Labor. has pledged to supply half of the rapid antigen tests produced in the first three months to public institutions at cost price. Das Labor. will continue the production of the tests beyond the duration of the project.

A scalable approach for greater equality

“The Covid-19 crisis is just the most recent example of how Africa gets overlooked again and again by the rest of the world”, says Tom Halgasch, CEO of Das Labor. Halgasch, a businessman from Germany, has been working in Africa for 15 years now. He founded private laboratories for medical testing in Guinea and Ivory Coast. At the time of the COVID-19 pandemic outbreak in Abidjan, an economic metropolis in Ivory Coast, masks and disinfectants were already scarce on the world market and unaffordable for developing countries.

Depending on demand, the mobile production system that Das Labor. developed is easily scalable. “We’ll be able to supply several countries in Sub-Saharan Africa with our rapid tests”, says Halgasch. Rapid tests can be used everywhere, in hospitals and schools, businesses and supermarkets, government offices and restaurants.

The company has already received its first orders from big international and local companies trying to secure enough rapid tests for their staff.

The tests were originally developed by the German company Senova which applies ISO-certified quality standards. The African production of Das Labor. adheres to the same quality standards and submits their production protocols to Senova. Das Labor.’s parent company is KNAUER, the well-known manufacturer of scientific instruments that developed high-tech equipment necessary to produce the new mRNA vaccines.

Halgasch is convinced Das Labor.’s approach has potential implications way beyond the current COVID crisis: “We already have further tests in our pipeline. For example a rapid Ebola test which can also be produced locally”. Producing locally guarantees independence and contributes to saving lives during medical emergencies.