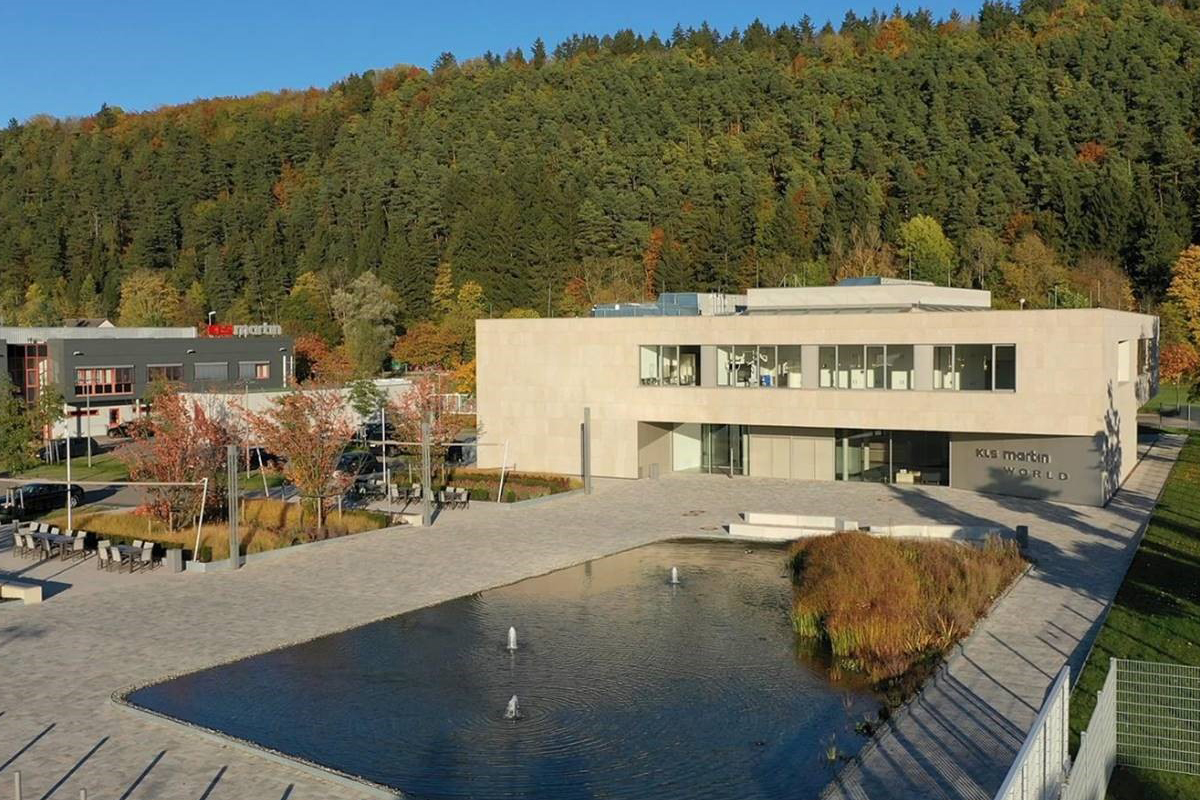 The Tuttlingen-based KLS Martin Group is very satisfied with the course of the past fiscal year. The family-run medical technology company was able to generate record sales of EUR 328 million in 2021. Compared to 2020, this corresponds to a growth of approximately 13%. As in previous years, the USA, Germany, Italy, China, the UK, Spain, and Australia were the main contributors to total sales. In the USA, the group’s largest market, growth of more than 20% was generated and a significant increase in sales was also realized in some European markets.

In summer 2021, after an intensive planning and construction phase, the new production building “Building 70” in Mühlheim, Germany, was occupied. In the USA, the production building was expanded and a new, larger office with a showroom was inaugurated in Shanghai, China.

In addition, the KLS Martin Group was able to look back on its 125th anniversary last year. Unfortunately, this anniversary could not be celebrated as planned due to COVID.

COVID was again omnipresent in 2021. “Throughout the year, many employees had the opportunity to work remotely. Most meetings are held online and parents of children in need of care were given special leave for childcare. The group also organized and carried out several vaccination campaigns,” reports Karl Leibinger, President and CEO.

“Last year again saw more courses and events, including Arab Health in Dubai in June, the German Congress for Orthopedics and Trauma Surgery (DKOU) in Berlin in October, or various masterclass courses for users of patient-specific implants in Berlin and Bruges,” says Michael Martin, President. He expects this trend to continue in 2022. Simultaneously, the successful webinar series was continued, and more than 200 webinars were held last year with over 24,000 participants.

Despite the tense situation in the procurement markets, the KLS Martin Group is positive about 2022, for which it is again planning double-digit sales growth. “In the area of patient-specific implants, we continue to expect above-average growth. In addition, planning has begun for an expansion of the logistics building and a new company headquarters in Tuttlingen, as well as another new building in the USA,” explains President and CEO Christian Leibinger.

At the same time, the company is working on simplifying its corporate structure as part of the “KLS ONE” project. The project aims to turn the five German companies of the KLS Martin Group into one company in the medium term. In 2021, KLS Martin Medical GmbH & Co. KG was integrated into Karl Leibinger Medizintechnik; the integration of the two Mühlheim-based companies Rudolf Buck GmbH and Mondeal Medical Systems GmbH into Karl Leibinger Medizintechnik has already started.

Previous Post
Lecturio to Accelerate Growth of its Leading Medical and Nursing Education Platform with $45 Million Investment Led by Sterling Partners
Next Post
vocaSTIM® is back!