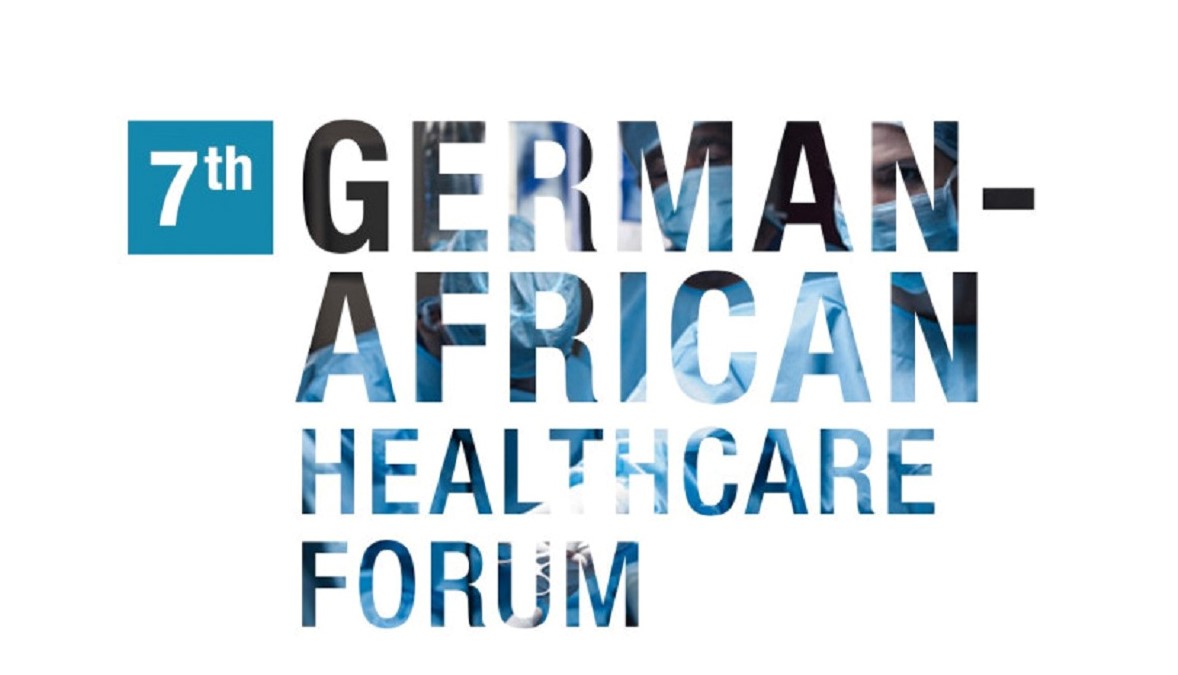 Berlin, October 26, 2020 – The 7th German-African Healthcare Forum (GAHF) focused on important developments in the African healthcare sector and the strengthening of healthcare systems in Africa beyond pandemic preparedness, also taking into account the digitalisation process in the healthcare sector. The Afrika-Verein der deutschen Wirtschaft e.V. and the GHA – German Health Alliance have been successfully organising this event together with the World Health Summit (WHS) as official side event of the WHS for already seven years.

In their keynote speeches, German Federal Minister of Health Jens Spahn and the Director General of the World Health Organisation WHO, Dr. Tedros Adhanom Ghebreyesus, emphasised the importance of strengthening health systems in Africa as well as around the world and explicitly pointed out the global character of pandemics.

„A pandemic is never only fought in one’s own country, but always internationally as well […] health threats recognise no borders“,  mentioned Federal Minister Jens Spahn.

„We are still learning lessons from the pandemic, but one is clear: health is ultimately a political and economic decision”, said WHO Director-General Dr. Tedros Adhanom Ghebreyesus.

The focus on strengthening health systems as a central element of the health-related sustainability goals of the United Nations Agenda 2030 is the sustainable key to combating global pandemics. Global solidarity and cooperation as well as public-private partnerships are playing an increasingly important and vital role in this regard, the Forum concluded.

Roland Göhde, GHA Chairman and Member of the Board of Afrika-Verein, underlined in his welcoming address at the opening of the conference: “Resilient health systems are the key to successful pandemic prevention and control and, moreover, an indispensable prerequisite for overall economic and political stability and for any sustainable, prosperous socioeconomic development. Only when health systems are sufficiently strong, usual market mechanisms, which in many countries still are not yet available, at least not at sufficient scale, can begin to take effect. This, of course, is also particularly important for the development of local economies as fundamental trigger for such sustainable developments.”

Göhde also emphasised the crucial role played by multilateral engagement, cooperation and partnerships: „For realizing significant improvements towards resilient health systems granting non-discriminatory access with the ultimate goal of ‘leaving no one behind’, it is imperative to significantly strengthen the World Health Organization, to intensify multilateral engagement and international cooperation with the greatest possible commitment and dedication and to establish long-term sustainable, strong partnerships for trans- sectoral, interdisciplinary cooperation across countries, regions and continents.“

The President of Afrika-Verein, Professor Dr Stefan Liebing, welcomed the participation of numerous delegates from companies, non-governmental organisations, governments, scientific institutions and international organisations from all over the world, who had joined in online. According to Liebing, with the GAHF, together with the GHA and high-ranking experts from Africa, Germany and Europe, Afrika-Verein has very successfully created a special platform for exchange and networking between African and German key players.

At the High-Level Introductory Panel “Lessons Learned from the COVID-19 Pandemic – Outlook on How to Strengthen Healthcare Systems in Africa” chaired by Roland Göhde, four African Ministers of Health from Egypt, Ethiopia, Rwanda and Sierra Leone and the Deputy Director of the African Centres for Disease Control and Prevention presented and discussed their specific situation and perspectives .

Dr. Lia Tadesse, Minister of Health from Ethiopia, stressed that not only the government but also the private sector, NGOs and civil society are taking measures to respond to the crisis. The government is focusing in particular on vulnerable groups, as resources are limited.

Professor Dr Alpha Wurie, Minister of Health of Sierra Leone, reported that the initial situation in his country was different from most African countries. Sierra Leone was affected by Ebola several years ago. Since then, the focus has been on pandemic preparedness, he said, and the country can now benefit from the experience of that time. COVID-19 was therefore immediately brought to the highest political level and into public awareness. Nevertheless, there were still major challenges, for example in the area of diagnostics.