Leveraging technology and innovation to end AIDS and tuberculosis

Article from UNAIDS: Leaders from both the private and public sectors have called for fresh investment models for new technologies and the smarter roll-out of innovations to end AIDS and tuberculosis by 2030.

The plea was made by panellists taking part in a debate at the Health Innovation Exchange, a three-day event organized by UNAIDS and held between 21 and 23 May on the sidelines of the World Health Assembly in Geneva, Switzerland. 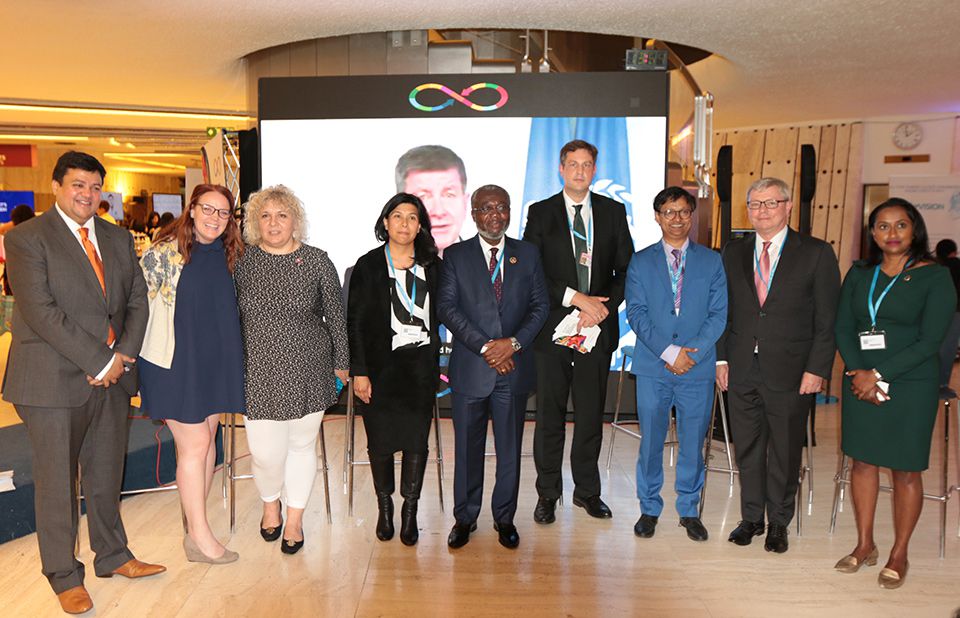 Speaking at the event, the Executive Director of the Stop TB Partnership, Lucica Ditiu, said new approaches are vital in order to make faster progress in the response to the epidemics.
“We will not achieve our targets of ending AIDS and tuberculosis by doing things as we have always done them in the past,” she said. “Products must be developed with the patient in mind and we must work with developers to help them gather evidence that their innovations work in order to shorten the timeline from validation to implementation.”Roland Göhde, chair of the German Healthcare Partnership, a joint venture of the Government of Germany and the Federation of German Industries, said there was an urgent need for greater synergies right along the chain of development and innovation. “The private sector needs to be systemically involved by other sectors. We need to bundle and conflate the different expertise of the involved sectors to get rid of fragmentation.”Mr Göhde also underlined the importance of training in new technologies. He described how the German Healthcare Partnership had facilitated the training of laboratory workers in Burkina Faso in new haematology technologies as well as the training of biomedical engineers in Kenya and Senegal.Jenifer Healy from USAID reminded the audience that the World Health Organization had estimated that the cost of achieving the Sustainable Development Goals health targets was an initial US$ 134 billion annually in 2017, rising to US$ 371 billion by 2030.
“While we have made great progress in global health, including in reducing the impact of AIDS, the funding gap for new investments will triple by 2030,” she said.The Global Head of Public Health at Johnson & Johnson, Jaak Peeters, also underlined the importance of supporting the best science possible for global health, a more rapid implementation of best practice innovation and the fullest embrace of public–private collaboration.
In his comments, the Director-General of the Ghana Health Service, Anthony Nsiah-Asare, said that political commitment was required to ensure that innovation was deployed to deliver smarter, more efficient and high-quality services to the people most in need.